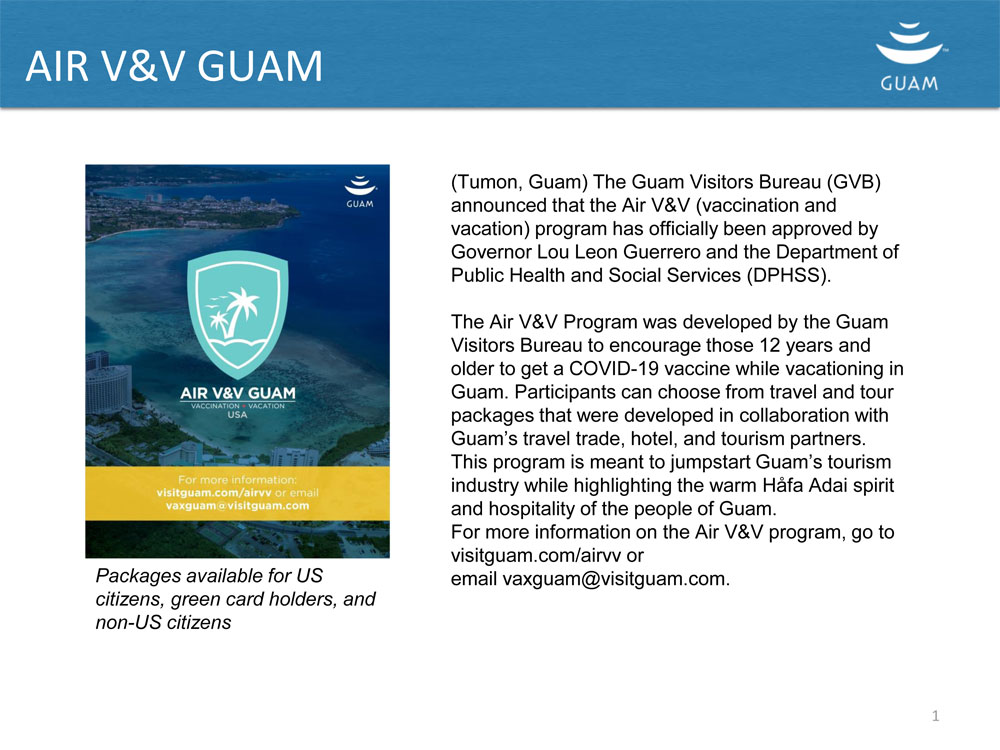 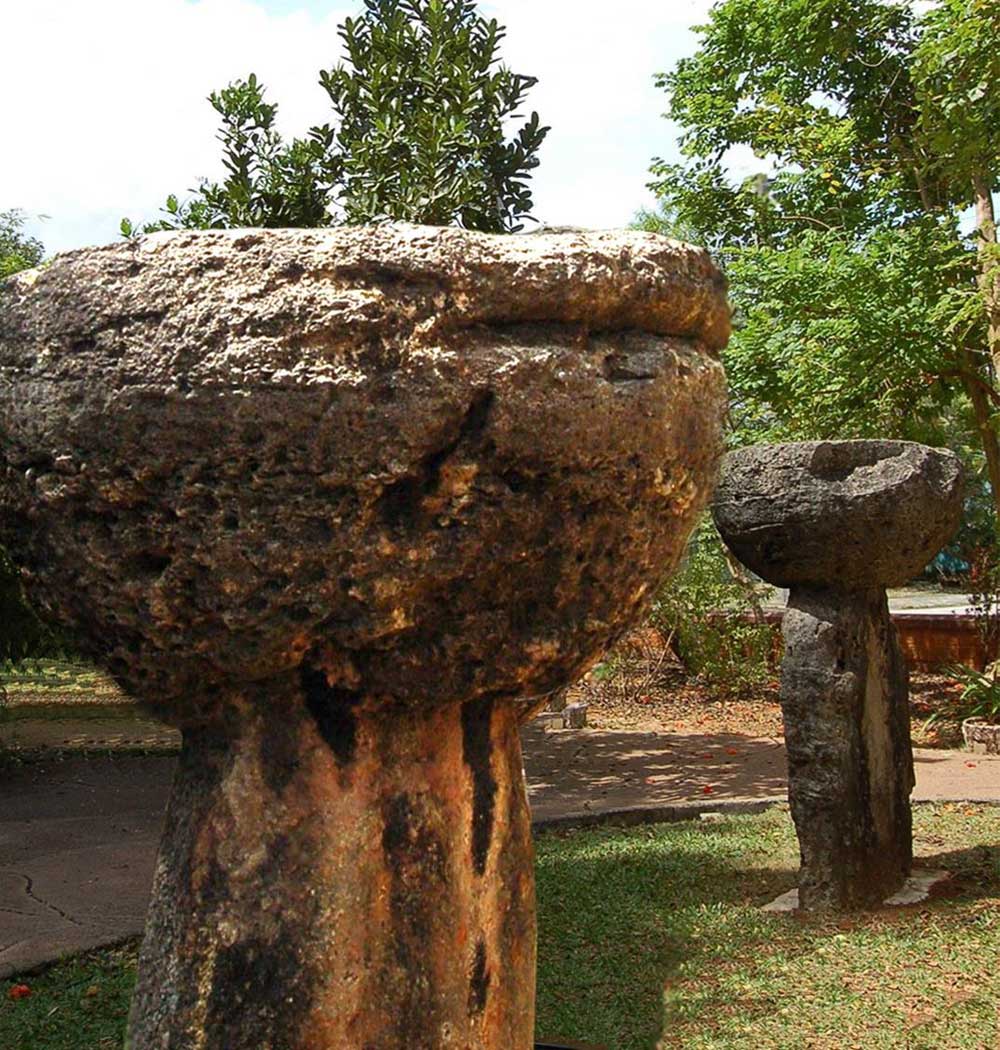 Advance Management Inc. (AMI) was founded in 1990, by Baba Corp. and investors from Japan, to serve the Guam community as a full service building maintenance, management and real estate services company.

Monty A. McDowell was hired as general manager and AMI’s first employee when the company was founded. His natural enthusiasm provided the drive needed to get the company underway.  After spending considerable time in Japan reviewing the methods and operating principles of Japanese building maintenance companies, he decided that AMI would apply the Japanese model to the Guam market.

By applying the Japanese concept to perform management and maintenance tasks, AMI soon stood apart in the marketplace.  AMI truly is a “one stop shop,” whom property owners, including corporate, government and military, can call to obtain services ranging from full property management, renovations, repairs, mechanical, electrical, HVAC, custodial and even landscape and grounds maintenance.  AMI remains committed to this concept to this day.  And it works.

AMI has achieved stellar results for its customers.  For example, AMI continues to provide U.S. Naval Hospital Guam with quality services in order for the hospital to achieve full compliance with the requirements of the Joint Commission on Accreditation of Healthcare Organizations (a prestigious certification recognized worldwide).  AMI remains the only company on Guam able to do this.

The solidifying of its positive cash flow was a major milestone, because it confirmed what the AMI management team had known: theyhad the skills to make the firm a success.

AMI grew from success to success, winning a wide range of projects, from major boiler overhaul for Global Laundry, many post construction cleanups, including the new DFS Galleria, and Marriott Hotel, as well as a growing list of property management clients.

Won multi-year custodial contract for U.S. Naval Hospital Guam.  AMI continues to provide USNH with quality services in full compliance with the requirements of JCAHO, the Joint Commission on Accreditation of Healthcare Organizations.
AMI Started its multi-year involvement with the Base Operating Services Contract/A-76 program, which would prove an extremely effective vehicle for growth of AMI.  Learned the requirements of BOS contracting, and how to do business with Fortune 500 companies. This knowledge gave AMI a direct link to the BOS winner Raytheon Technical Services.  This included primary Technical Maintenance of U.S. Naval Hospital, Guam (in addition to custodial contract) and extensive construction, repair and renovation work for most Naval Facilities.

In one Six Sigma project, AMI cleared more than 400 backlogged work orders in 45 days. AMI used this involvement to increase its relationship with the U.S. military.  By this time AMI was able to point to a wide range of successes in meeting contract compliance requirements, and held an impressive portfolio of formal performance evaluations.  This contributed to winning the Base Custodial Contract for Andersen Air Force Base, which grew considerably during this period.

With other local companies, AMI formed “Teaming for Guam” to aggressively pursue potential Prime Bidders for the forthcoming BOS contract re-compete.  Teamed with Day Zimmerman, AMI won a major sub-contract within the BOS Contract for Sustainment, Restoration and Maintenance.

Admitted to the U.S. Small Business Administration 8(a) program.
AMI registered as a Hub Zone firm and remains one of the few Guam based Hub Zone firms listed.
Awarded all technical maintenance services contracts for Mobil Oil Guam and Mobil Oil Marianas, including maintenance of Fuel Systems, A/C &R, Buildings and Facilities, and Car Wash Systems at all 31 Mobil Stations on Guam and Saipan.

AMI and its Subsidiary, PTSG, wereawarded all of the facility maintenance support requirements from A/C & R, to Compactors, to lighting systems, for Guam’s new Home Depot.  We are also the sole provider of “in home” maintenance/repair of all Home Depot major appliances.

AMI was appointed the sole distributor of water-free urinals from Falcon Waterfree Technologies and products from Ultra Violet Devices, Inc.


2009-2012: AMI continued managing the many contracts previously developed through 2009, and in 2010-2011 was awarded several significant contracts, including the re-compete for Guam’s Public School Janitorial services, expanding its role from 13 to 18 public schools.

AMI also won the Janitorial Maintenance contract for the 4 DoDEA Schools on Guam, as well as the re-compete of the US Naval Facilities Guam Janitorial contract.

AMI has started on an aggressive program to build a presence in the US Mainland by forming a Mentor-Protégé relationship with another successful Federal contractor, Acepex Management Corporation.  AMI submitted numerous bids during 2011 and 2012, including custodial services bids at such facilities as the Air Force Academy, Edwards AFB, McConnell AFB, NavFac Mid-Atlantic.  In mid 2011 AMI was awarded, along with 2 other firms, the $100 million MASC 4 Contract for NavFac Southwest.

In 2014, AMI won and performed a significant construction project, replacing the entire filter system for all Camp Pendleton, CA Pools, and providing and installing new pool covers for these same pools.  This was a 9 month $1.7 Million project.  AMI won a STAR Safety Award from Camp Pendleton for our zero incident performance of this project.

AMI was awarded the Custodial Service Contract by United Airlines for all of their island-based properties, including airport-based requirements, as well as their off-airport facilities.

Having found great results in two significant construction projects (Mobil Oil of Guam station canopy demolish & replace, and a $1.7 Million Pools project on Camp Pendleton, CA) AMI decided to move forward our efforts to win a position in the Guam based 8(a) MACC project.  Teamed with the very experienced and professional Black Construction Corporation, we were among the winners, and are now bidding on a number of Task Orders in the Contract.


2016-2019: After extensive due-diligence, AMI formed a joint venture with international airport services division of ABM industries, Air-Serve.  This JV negotiated a multi-year contract with United to support all “customer facing” and other services to Guam International Airport.  We have used this JV to introduce modern technology to our team working to help United better fulfil their on-going commitment to excellence in its customer experiences,From easily identified uniforms, to hand held recording and response devices, to modern, safe Staxi wheelchairs, our JV has provided dynamic evolution and improvement in keeping our Guam air services among the most modern in the world.

During this period, AMI also expanded its efforts in training our teams.  Our newly built training facilities with multiple work stations, allows our staff to receive training in a traditional classroom environment, as well as direct access to online training.  We believe we provide the most up to date, wide ranging training on Guam.

As noted previously, AMI has a long history of support to Healthcare Organizations from hospitals to clinics.  Recognizing this commitment and need, AMI made the decision to make significant investment in further expanding our technical and training capabilities.  This includes the above noted training facility and commitment to achieving State of the Industry operational, training and standards measurement.  We spent the thousands of dollars needed to achieve the “gold standard” of custodial services, the Cleaning Management Industry Standard; “CIMS, Green Building” Certification.  We are the only firm on Guam to achieve this standard!  And our Certification was re-certified after months long professional assessment.

Introducing the Earth Safe Protexus Electrostatic disinfection spray system, we were perfectly placed to provide essentially instanaeous disinfection services Guam wide, from Supermarkets, to Hotels, to Hospitals to general industry. AMI’s team of “Germbusters”to safely and effectively provide the dramatic increase in the disinfection needs of our Island.

2020-2023: Due to the ongoing use of our Training facility, in formal classes and through staff independent training, we are very proud of the continuing improvement in our service delivery, receiving numerous complements during our recent re-assesment of our CIMS-GB certification.

Among others, we are pleased to have earned the trust of Docomo Pacific, awarding us their custodial services contract for all of their Guam facilities, with focus on customer facing areas. To this day, AMI remains successful by providing superior customer service and through its community involvement to help make Guam a better place to live and work.
Search through all Issues and Posts